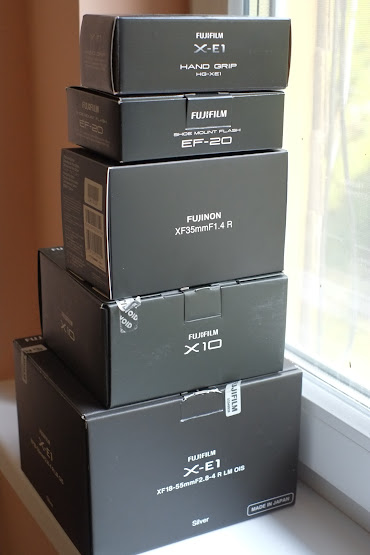 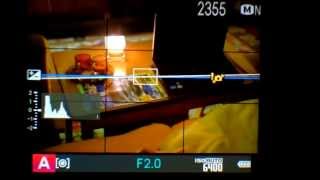 És Here’s a field test video of the new X-E2 made by TheCameraStoreTV.

ISO
The X-E1 does a very good job of balancing noise and fine detail in its JPEG output, even taking its generous ISO ratings into account. Fine detail is retained impressively well at high ISOs where other cameras in its class are visibly suffering; even at ISO 3200 images looks clean yet detailed. Low contrast detail reduces a little at ISO 6400 but the images are still entirely usable. ...
That said, the output from the X-E1 is remarkably good at high ISOs, and it's difficult to see APS-C Bayer sensor cameras quite matching it at ISO 6400 even with substantial noise reduction applied.
By our tests, the X-E1's measured sensitivities are about 1/3 to 1/2 stop lower than marked, which is unusual for a modern camera. This means that for any given light level, shutter speed and aperture on the X-E1 has to use a higher ISO to get an image of the same brightness as an accurately-rated camera.

Felbontás
Like the X-Pro1 the X-E1 shows visibly higher resolution in this chart test than a conventional 16MP Bayer-type camera such as the Nikon D7000, or even the Sony NEX-6 (which has a particularly weak AA filter). In fact, in terms of resolution the Fujifilm is very close indeed to the 24MP Sony NEX-7 or the Sigma SD1, which uses a 15MP Foveon X3 sensor to record full color information at every pixel, and therefore (like the X-E1) uses no AA filter.
These chart shots also show very little of the false color that we'd expect from a Bayer camera with no AA filter - there's a little on the RAW version, just around the point where the X-E1 begins to struggle to accurately resolve the lines on our chart, but none at all in the JPEG. This supports Fujifilm's claim that the X-Trans CMOS is less susceptible to moiré than a Bayer sensor. Last but not least, the X-E1's JPEG processing can deliver just as much resolution as the converted RAW. We were impressed by the X-Pro's and X100's JPEG processing, and the X-E1 lives up to the same standards.

RAW
The latest versions of ACR and Capture One both do considerably better than their predecessors, now rivaling the X-E1's JPEG output.
As we've shown above, Fujifilm's excellent processing means that the X-E1's JPEGs lose nothing in terms of detail compared to RAW. On top of this, the camera's generally-reliable white balance and appealing color rendition (especially in Soft/Astia mode) means that for many purposes it makes perfect sense to shoot JPEGs with the full intent of using them.
...
Like the X-Pro 1, the XE1 delivers excellent JPEGs at high ISO sensitivity settings, to the extent that you don't really need to shoot in Raw mode from the perspective of applying noise reduction or sharpening tweaks. It's actually pretty hard to coax better image quality out of the X-E1's Raw files than you'll get out of the camera's JPEG engine.