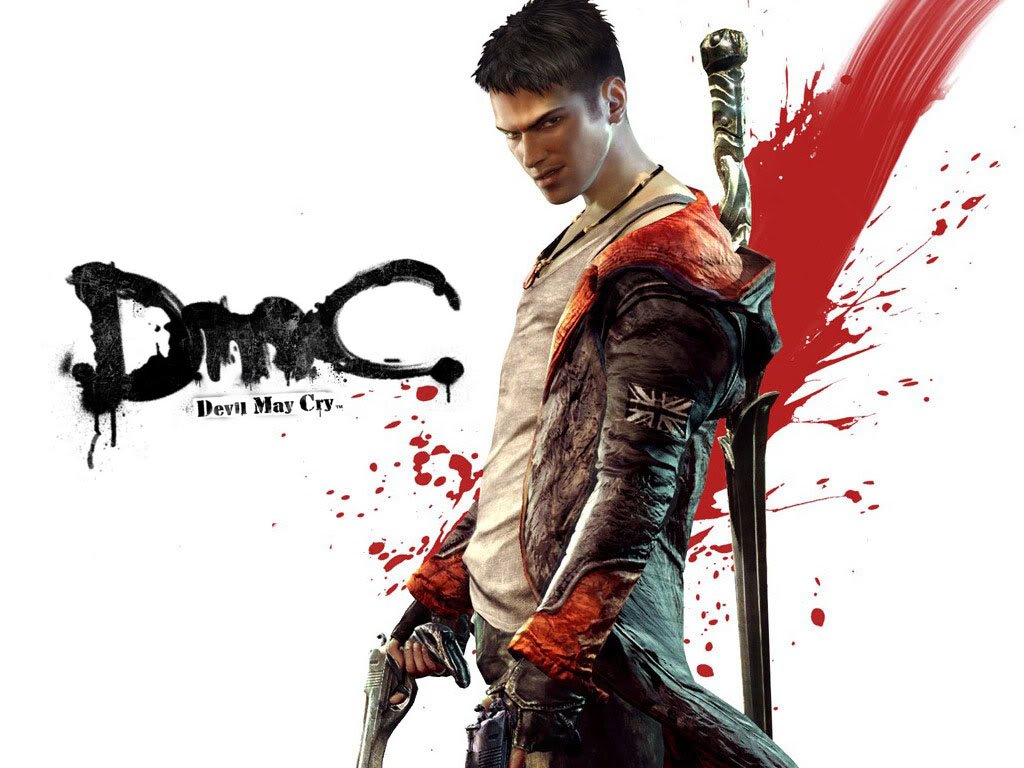 Ninja Theory's Dante talks the talk and walks the walk 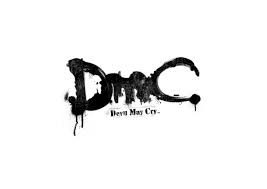 Change can be scary. When Ninja Theory's DmC was announced, many feared it would be an insult to Capcom's sacred hack and slash franchise. But it isn't. DmC is a fantastic action game, featuring intelligent combo-centric combat and creative world and boss designs.

This reimagining of Dante's origin story is set in an alternate timeline, where the Son of Sparda is just as self-assured as ever--even if he relies a bit more on salty smack talking. Yes, he's likable, and no, his updated vocabulary doesn't just include F-bombs. Dante's witty, cocky, and surprisingly mellow through most of the game's nine-hour campaign. His half-angel, half-demon lineage has piqued the interest of the demon lord Mundus, DmC's antagonist intent on destroying Sparda's spawn. While this setup is easy to digest, it isn't particularly interesting. Sure, you'll always know what's going on in the story and why, but the plot quickly becomes predictable and ultimately feels like a missed opportunity for something greater.

While DmC's story falls short, the combat excels, rivaling the best that the action genre has to offer. Each tool in Dante's vast arsenal comes with a staggering number of ground and air-based combos, which you'll unlock with greater frequency because separate resources are used for purchasing new abilities versus items. While the series has never suffered from a lack of combo variety, the ease with which you can transition between weaponry is admirably seamless. It's entirely plausible (and extremely gratifying) to include each of Dante's eight weapons into a single chain without missing a beat--and you'll frequently have to do so if you hope to land that coveted SSS rank. 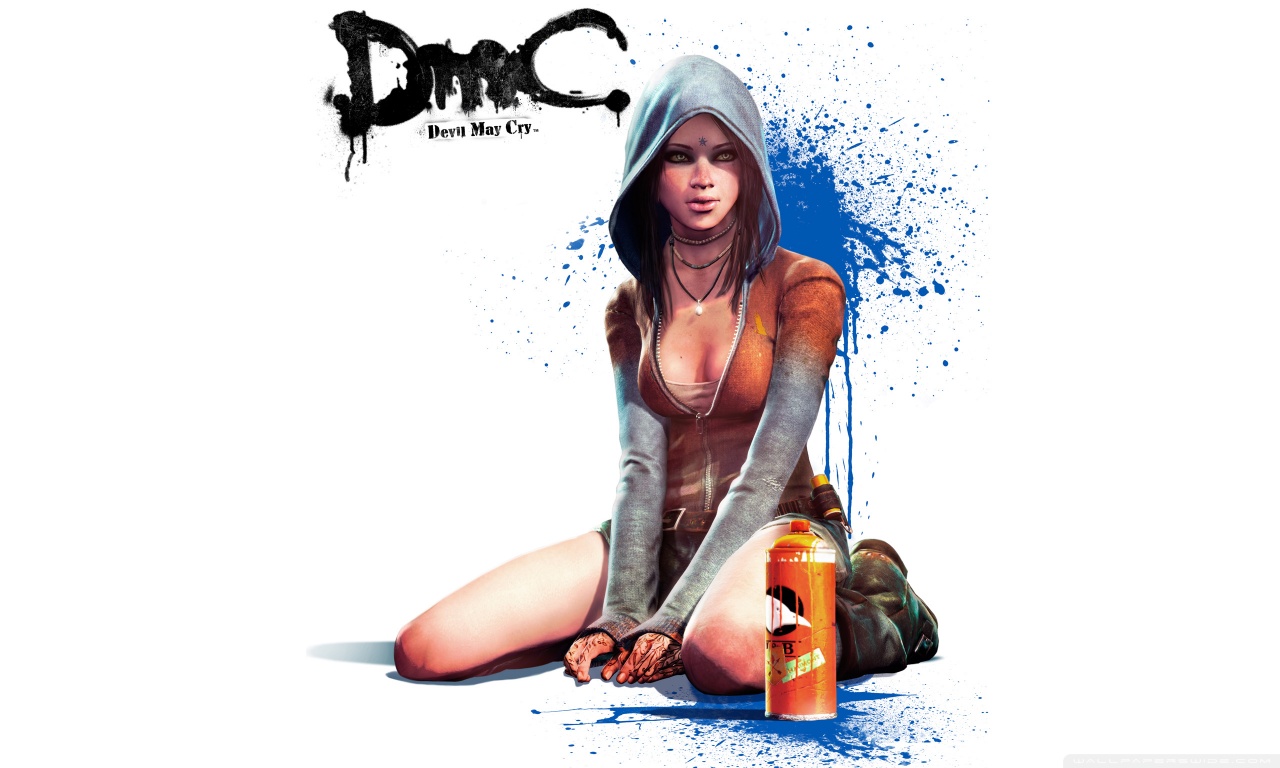 Franchise fans will notice that the combat is slightly slower in pace compared to its predecessors, and it's more forgiving as well--but this doesn't detract from the intensity of the action. Though casual players will enjoy DmC on its normal difficulty mode, seasoned demon hunters will want to crank up the challenge right from the onset. In typical Devil May Cry fashion, grueling difficulties--such as the one-hit-and-you're-dead Hell And Hell mode--unlock after subsequent playthroughs. These, coupled with the fact that unlocked weapons, abilities, and combos are retained, will give you plenty of reason to jump back in once the credits roll.

"...the combat excels, rivaling the best that the action genre has to offer."
Still, balletic combos are only as interesting as the enemies you use them on, and while DmC has some slick demons to slay, you'll encounter most of them within the first half of the game. From there, you'll come across reskinned versions of familiar monstrosities--except this time they have a shield, or are immune to all but a couple of Dante's weapons. These mechanics certainly help make fights more dynamic, but they also run counter to the emphasis placed on combo variety. It's difficult to pull off impressive chains when some enemies can only be harmed by two of your weapons. Thankfully, these types of encounters don't occur with enough frequency to be damning, but you might be disappointed by the limited types of demons you'll face.

DmC's boss fights have the opposite problem: The gargantuan battles are impressive to behold, and many bosses have some of the most unique designs we've seen in years. Unfortunately, they're not always as fun to fight as they are to look at, because most rely on bland "hit the glowing weak spot" mechanics without ever really challenging your combat ability. That's not to say the bosses aren't enjoyable--but you'll probably only use the word "epic" to describe their size as opposed to the experience of taking them on.

"...while DmC has some slick demons to slay, you'll encounter most of them within the first half of the game."
The biggest change to the series, however, is in Ninja Theory's Limbo City setting, a parallel universe where demons reign supreme. Dante is constantly pulled into this hostile, living environment--and that's "living" in a literal sense. City streets twist, contort, and vanish from under you, while alleyways and buildings implode in an attempt to crush the wily demon slayer. Every new area is full of surprises (including a great deal of enjoyable platforming segments), and you'll marvel in awe as static environments transform into imaginative death traps.

You'll also get a kick out of the nuggets of social commentary embedded in each level. A billboard advertisement for Virility, a soft drink that demons use to enslave mankind, will suddenly be superimposed with the words "GLUTTONY IS GOOD" as you pass by in Limbo. Similarly, Raptor News--a Fox News parody--is full of over-the-top reporting gags that'll have you giggling while you murder legions of demons.

"...you'll marvel in awe as static environments transform into imaginative death traps."
What's more, each of the game's missions are rife with hidden secrets, some of which you can only reach once you obtain certain abilities and weapons later on. This adds a bit of Metroidvania flavor to the experience, and you'll fervently replay each level in an attempt to find every hidden treat.

Some of the secrets you'll come across take the form of challenge rooms, which require you to defeat large groups of enemies under certain conditions. One will task you with putting down demons without getting hit, while another might dictate that foes can only take damage in the air. These are great arenas for testing your combat prowess, and you'll be eager to complete them as quickly as possible to secure a top spot on the leaderboards. Best of all, you'll hone specific skills while attempting to do so. You'll need every ounce of ability you can muster if you hope to finish the game on its highest difficulty settings. No matter how many times you play through DmC, its frantic combat remains just as fulfilling.

It's natural to be afraid of change--especially when dealing with a long-running franchise like Devil May Cry--but DmC's gameplay speaks for itself. It's challenging, accessible, and experimental in all the right ways, while retaining the top-notch combat that put Dante on the map in the first place. Sure, it's not without its shortcomings, but DmC easily ranks among the action game elite.

This game was reviewed on Xbox 360.